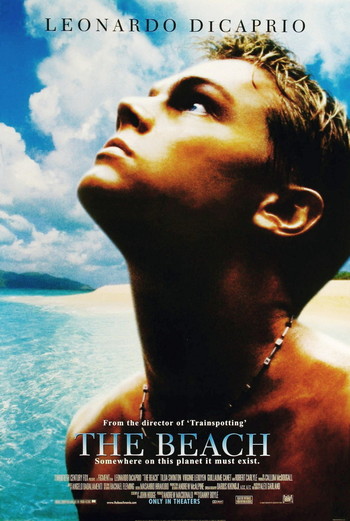 The Beach is the first novel of British author Alex Garland, published in 1996.

Richard is a tourist who is bored with the lack of adventure in all the exotic countries where he tries to find it. He and two friends come into possession of a map. They discover a beautiful island beach where a small populace lives in secret. However, paradise never works; it isn't long before everything comes to a horrific climax.

Made into a film by Danny Boyle in 2000, starring Leonardo DiCaprio, Virginie Ledoyen, Tilda Swinton, Robert Carlyle and Guillaume Canet.