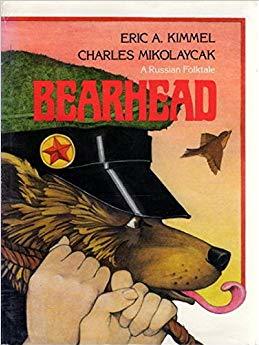 Bearhead is a 1991 picture book illustrated by Charles Mikolaycak and written by Eric A. Kimmel. The author adapted the story from the Russian tale "Ivanko the Bear's Son."

A childless woman finds and adopts a baby with a bear's head, giving him a name to match, which turns out to be useful when a nearby witch tries to force Bearhead's adoptive father into service and Bearhead takes his place.