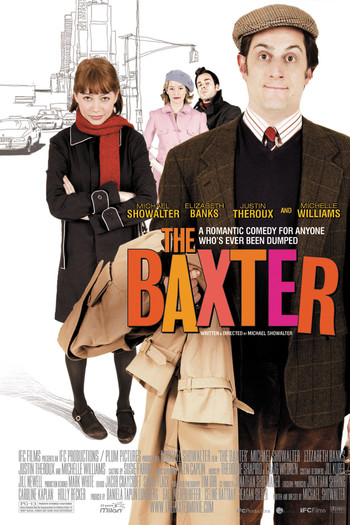 "As I commuted to work the next day, I decided to focus on the positive: I’ve got a good job, great health, and a fiancée who likes me."
— Elliott Sherman
Advertisement:

The Baxter, written by, directed by, and starring Michael Showalter, is a 2005 Romantic Comedy told from the point of view of the typical guy pushed aside for the love interest.

Elliott Sherman (Showalter), a pleasant and professionally successful Brooklyn accountant, has a history of losing potential love interests to cooler, more sensitive, more adventurous men than himself. Elliott's grandmother coined a term for this kind of man: a Baxter.

Tropes appearing in The Baxter include: