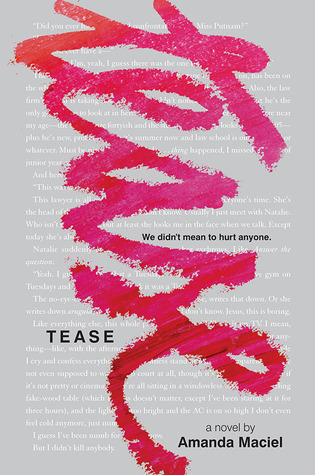 Tease is a 2014 Young Adult novel by Amanda Maciel that revolves around a high school student named Sara who, along with her best friend and three other classmates, is being criminally charged for the bullying and harassment that led to the suicide of fellow classmate, Emma Putnam. Ostracized by both the community and her peers alike, a bitter Sara blames Emma for ruining her life and doesn't think she did anything wrong. Now, as she prepares for the trial, Sara must reflect on the series of events that brought her to this point and how much responsibility she really has for Emma's death.

Inspired by the real-life suicide and bullying of Phoebe Prince, the book has faced mixed reviews for its unique portrayal of the effects of high school bullying as told from the bully's point of view. Compare to the elementary-school equivalent, Blubber by Judy Blume.