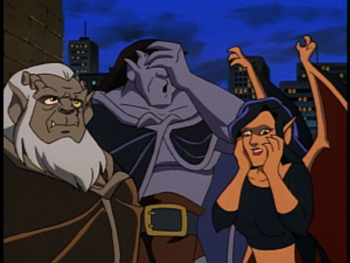 The look on Hudson's face clearly reads, "Help me..."
Just because it's one of Disney's Darker and Edgier works doesn't mean Gargoyles is immune to the funny.
Advertisement: