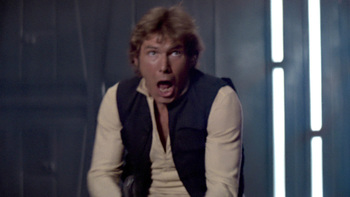 This is what happens when you run into a room of Stormtroopers all by yourself, Han. That or if they run into a dead end, then realize they outnumber you and turn around.
Advertisement: