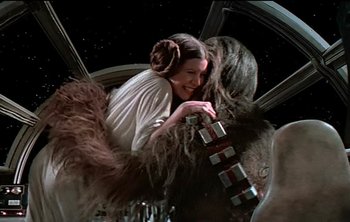 "We did it!"
Advertisement: