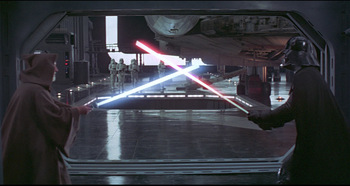 "The circle is now complete. When I left you, I was but the learner. Now, I am the master."
Advertisement: