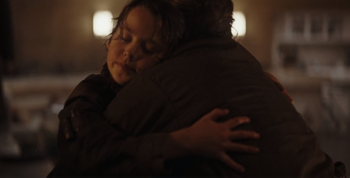 "Jyn, whatever I do, I do it to protect you."
Yes, Rogue One is a war movie that explores the "war" side of the story. Doesn't mean that everything has to be doom and gloom.
Advertisement: