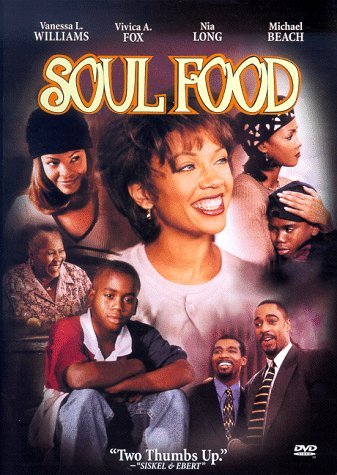 Soul Food is a 1997 comedy-drama film, written and directed by George Tillman Jr., that explores the life of three sisters, played by Vivica A. Fox, Nia Long, and Vanessa Williams. Brandon Hammond stars as Ahmad, who tells the story through his narration, via Third Person Omniscient.

The film explores issues of infidelity, race, relationships, family politics, death and bonding over the soul food that the family partakes in on numerous occasions, especially Sunday afternoons after church. A follow-up series by the same name aired on Showtime from 2000 to 2004 and is the longest-running drama with a predominantly African-American cast in prime-time history.