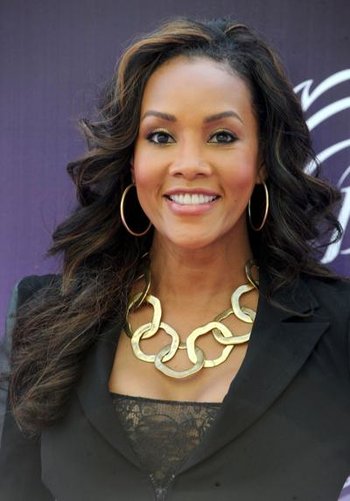 "I prefer to do movies, just for the simple fact that in TV, there's not much of a guarantee. They can pull the plug on you."
Advertisement:

Vivica Anjanetta Fox (born July 30, 1964 in South Bend, Indiana) is an American actress, producer, and television host. Some of her most famous roles are as Jasmine Dubrow in Independence Day, Frankie Sutton in Set It Off, Maxine Joseph in Soul Food, as Shante Smith in Two Can Play At That Game and as Vernita Green/Jeanie Bell AKA Copperhead in Kill Bill.