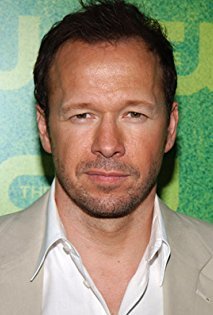 Donald Edmond "Donnie" Wahlberg, Jr. (born August 17, 1969 in Dorchester, Massachusetts) is an American singer, songwriter and actor. He is a member of the wildly popular boy band New Kids on the Block, who enjoyed success in the late 80s to early 90s and have also reunited in the mid 2000s.

His most well-known film and television roles include The Sixth Sense, Band of Brothers, Boomtown, the second, third and fourth installments of the popular Saw films, Righteous Kill, Blue Bloods and Wahlburgers.

He is the older brother of actor Mark Wahlberg and has been married to Jenny McCarthy since 2014.