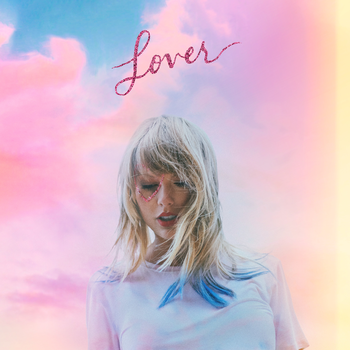 "It's a cruel summer with you."
"Ladies and gentlemen, will you please stand?
With every guitar string scar on my hand
I take this magnetic force of a man
To be my lover."
— "Lover"
Advertisement:

Musically, the album is much more similar to the upbeat Synth-Pop of 1989 than the Darker and Edgier, more hip-hop-inspired reputation. While not quite a Concept Album, it explores themes of love and friendship. It's also her longest album at 18 tracks.

The music video for "You Need to Calm Down" would win Video of the Year at the The MTV Video Music Awards in 2019.

And I promise that nobody's gonna trope you like me-e-e-eh: