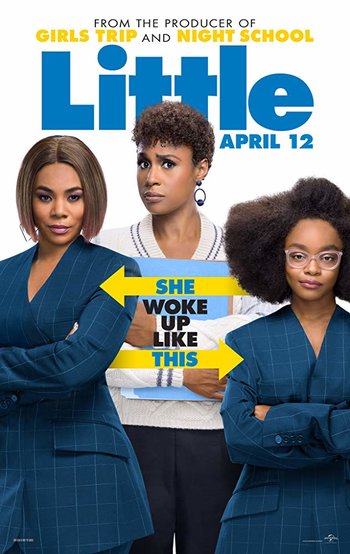 Little is a fantasy comedy film starring Regina Hall, Issa Rae, and Marsai Martin. It was co-written and directed by Tina Golden.

Jordan Sanders (Hall) is a rich and powerful tech mogul who makes life hell for those working for her, most notably her eternally beleaguered assistant April (Rae). Just as the pressures of adulthood are becoming too much to bear, Jordan offends a little girl who wishes that she herself was little again. And the next morning, Jordan wakes up in the body of her thirteen-year-old self (Martin). Now Jordan has to seek April's help in learning how to reverse the curse while getting a chance to re-live her preteen years.