Film / Little Alvin and the Mini-Munks 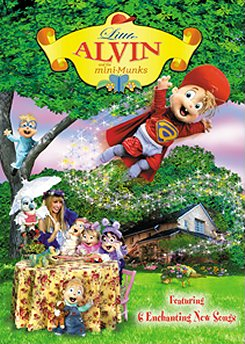 The third and thus far final direct-to-video film came out called Little Alvin and the Mini-Munks. Janice Karman wrote and created the film, Ross Bagdasarian Jr. produced the film, Jerry Rees directed the film and it was released by Paramount Home Entertainment. Unlike the first two, the film is live-action with puppettry used for the Chipmunks, the Chipettes, PC the frog, Gilda the cockatoo and Sam & Lou the two gophers.

NOTE: Tropes under here are specifically for the 2005 Direct to Video movie.