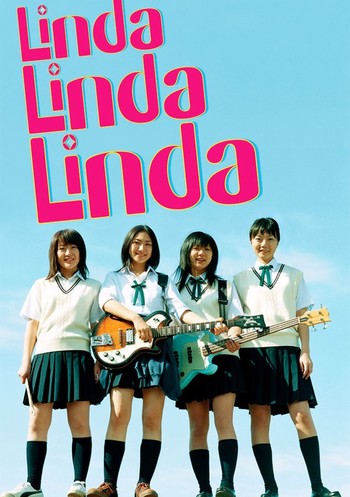 A 2005 Japanese film, Linda Linda Linda is the story of a group of high school girls who form a rock band to play at their school's cultural festival. When both their lead singer and their guitarist quit after a disagreement, the three remaining members — Kei (Yuu Kashii), Kyoko (Aki Maeda), and Nozomi (Shiori Sekine) — recruit a Korean exchange student to take over as vocalist. Problem is, the exchange student, Son (Bae Doona), isn't fluent in Japanese. As the girls work to learn their material in time for the concert, they become close friends and develop new confidence in their talents.

The title comes from the hit punk song "Linda Linda", originally performed by the Blue Hearts, which the girls cover.