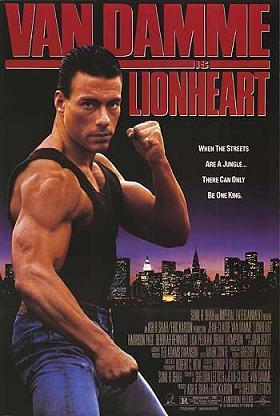 Starring Jean-Claude Van Damme as Lyon Gaulier, the movie begins in Los Angeles with a drug deal gone wrong, as Lyon's brother Francois tries to hustle some street thugs, who set him on fire. His wife Hélène writes about this to Lyon, and Lyon promptly deserts from his position in The Foreign Legion and escapes to the USA, managing to get into New York City. Penniless, he participates in illegal streetfights in order to raise money so he get into LA and to his hospitalized brother. While doing this he meets Joshua, who promptly appoints himself Lyon's manager/trainer and Cynthia, a rich and influential player in the streetfights who quickly develops a financial interest in Lyon's fighting prowess.

When Lyon finally reaches LA, he is unfortunately too late as Francois is dead. Initially unwilling to continue fighting after reaching LA, he is soon persuaded by Cynthia to continue getting into increasingly dangerous bouts so that he can help support Francois' widow and young daughter. Unfortunately someone like Cynthia doesn't help people for no reason, and the investigators sent by the Legion to bring him back are relentlessly closing in on Lyon.

As with the other Jean-Claude's films in the early 90's, it recycles the plot from his older film, this time from Bloodsport.

This movie contains the examples of: