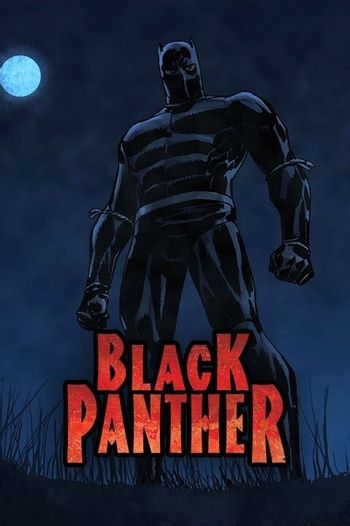 Black Panther is an animated series by Marvel Knights Animation, Titmouse, inc. in partnership with Hudlin Entertainment and BET, based on the popular Marvel Comics superhero of the same name. It was the first animated television series produced by BET since Hey Monie!. Each of the six episodes of the series was 20 minutes in length.
Advertisement:

The series was broadcast on the Australian children's channel ABC 3 in January 2010 and in the United States on BET in November 2011. It is available to view on YouTube