Web Video / The Chronicles of Jaller 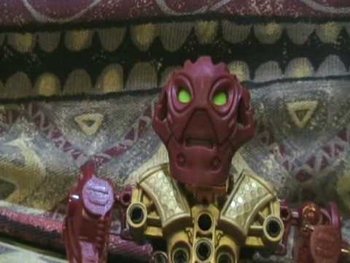 What might you get if you had a video camera, a lot of BIONICLE toys lying around, and a desire to marry brilliance and stupidity? Doubtless it would look a lot like The Chronicles of Jaller, a Youtube series starring the eponymous Idiot Hero and his fellow misfits: Axon, his bitter uncle, Hewkii, his (marginally) smarter brother, Black Piraka, a hapless bystander, and others.

The series has since been discontinued due to the primary creator, Stephen, deciding to focus more on college...until 2017, when on the tenth anniversary of the series Stephen officially announced Jaller 3 and a release date.