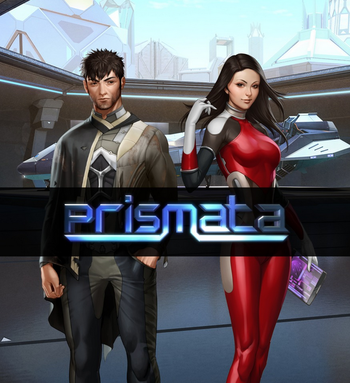 Prismata is a turn based game that borrows elements from the Real-Time Strategy and card game genres. You and your opponent play the role of Swarmwielders and take turns building your economy, teching up, and attacking with robots and genetically engineered animals.
Advertisement:

Each game's tech tree consists of 10 'core' units that are always the same, plus 5-10 extra ones drawn randomly from a large pool. The random units set the tone of the set, with the aggressive ones encouraging players to attack early, while the economy or defense based ones are more likely to lead to slower games.

It's currently in Steam early access, and went Free-to-Play in September 2018.