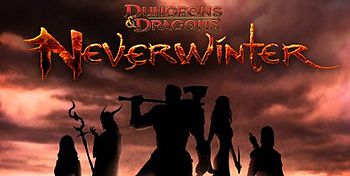 Neverwinter is an MMORPG developed by Cryptic Studios using the same engine as their previous title Star Trek Online, and published by Perfect World Entertainment. The game is set in the eponymous city of Neverwinter in the Forgotten Realms universe. Considered by Atari to be the continuation of the Neverwinter Nights series, it is the first game in the series to be based on the Dungeons & Dragons 4th Edition ruleset. (The first and second NWN games used the 3 and 3.5 editions, respectively.)

According to Cryptic COO Jack Emmert, Neverwinter is less of a traditional MMO and more of a story-driven game, "closer to things like Dragon Age or Oblivion". He was right.

The game was released on Xbox One on March 31st and on PS4 in September 2015.