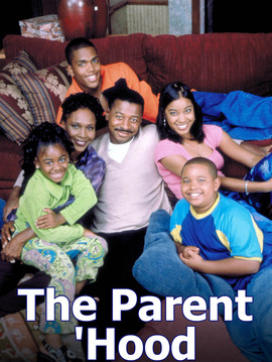 The show centers around the Petersons, a middle-class black family living in Harlem. Robert (Robert Townsend), the father, is a college professor, while his wife Jerri (Suzzanne Douglas) is a law student. Together, they raise their four children; teenagers Michael (Kenny Blank) and Zaria (Reagan Gomez-Preston), elementary school-aged Nicholas (Curtis Williams), and toddler Cece (Ashli Adams). Also part of the cast was Robert's friend Wendell (Faizon Love). In the final season, the Petersons take in a troubled youth named T.K. (Tyrone Burton).

Not to be confused with Parenthood.