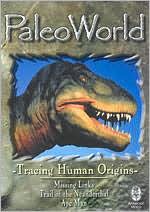 Paleoworld is a highly extensive TV Documentary series on Prehistoric Life that ran on TLC from 1994 to 1997. Season 1 (1994) was narrated by Ben Gazzara. Season 2 (1995) and Season 3 (1996) had a different narrator. For season 4 (1997), the series changed narrators again. Season 4 was canceled mid-season. TLC aired a spin-off series in 1999. It was called When Dinosaurs Ruled (Jurassica, in some countries).
Advertisement:

A children's reboot called Bonehead: Detectives of the Paleoworld, co-hosted by All That star Danny Tamberelli, also aired in 1997. The episodes were actually pretty much the same (though there were fewer of them), but edited heavily into segments hosted by two kids. The core of the series was essentially the same, though. It aired on Discovery Kids before the network was retooled into The Hub (now Discovery Family).