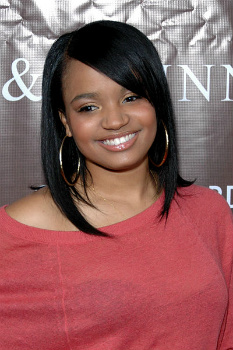 Kyla Alissa Pratt (born September 16, 1986) is an African American actress and singer. Once considered one of Hollywood's best upcoming young actresses, she seems to have run into the glass ceiling that plagues many Black actresses and has been reduced to Direct to DVD/Streaming projects. It remains to be seen if she can overcome it.