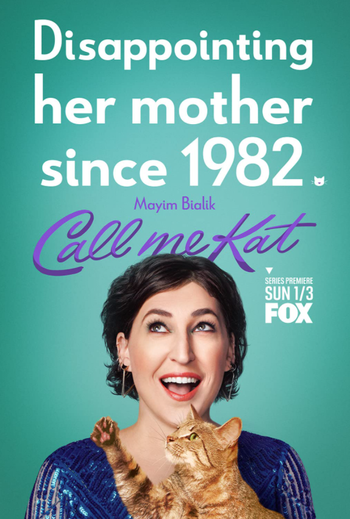 Call Me Kat is a 2021 sitcom starring Mayim Bialik, Swoosie Kurtz, Kyla Pratt, Cheyenne Jackson and Leslie Jordan on Fox. The series is, at heart, a Trans-Atlantic remake of the British sitcom Miranda created by Miranda Hart with the the central concept changed from a joke shop to a cat café, though most of the characters and set-up remain.

Kat (Mayim Bialik) is a 39-year-old single woman unsatisfied with life and tired of her mother's constant nagging to find a man to settle down with. She decides to leave her job as a professor at the University of Louisville in her Kentucky hometown, take a leap of faith, and use the money her mother saved for her wedding to open a cat café in Louisville with her friends.