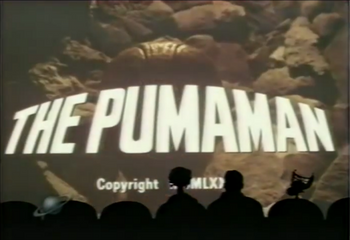 "You know, I have almost no respect for pumas now. I now know that if I ever run into a puma, I can just push it the hell over."
— Crow T. Robot

(Vadinho throws Tony out of a window, who lands safely on some grass)