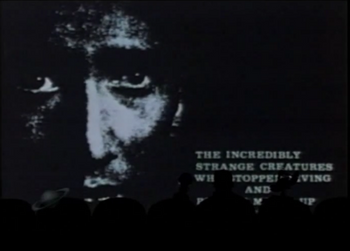 The title actually has appendices!
Advertisement:

This episode is often credited as the Trope Namer for "Nightmare Fuel," when Mike Nelson quips upon seeing a bizarre laughing clown, "Ah, good old-fashioned nightmare fuel!" Too bad "Santa Claus" beat it to the punch...