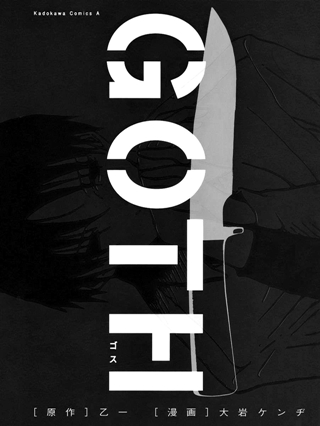 "She first caught my eye when I saw her white wrist peeking out from the edge of darkness. It was pale as porcelain... and the mark loomed out from it."
Advertisement:

Itsuki Kamiyama is not an Ordinary High-School Student. While he often appears cheerful, engaging, and interested in his fellow students, it is simply a façade to hide his true self. When he notices a beautiful, pale skinned girl with scars on her wrist named Yoru Morino, he quickly becomes obsessed... he wants her, but not in the way that a normal teenaged boy wants a girl. No, he wants to take her delicate hand... and keep it for himself.

When Morino nonchalantly asks him to teach her how he can so easily fake a smile, Kamiyama realizes that she can see right through him. Instantly the two become drawn to each other, sharing their obsession with the darkness that lurks just beneath the surface of society. Together they uncover some of the most cruel and gruesome acts committed by mankind, all the while facing ever present danger... not just from the killers they investigate, but also from the part of Kamiyama that still hungers for Morino's death.

Goth is a 2003 horror/mystery novel by Japanese writer Otsuichi that successfully blends Psychological Horror, Detective Literature, Slasher Movie, and Gorn. A Shonen manga adapted from the novel by illustrator Kendi Oiwa was published in 2004 by Kadokawa Comics. In 2008 a live-action film adaptation was released, taking its direction from the manga and novel. The manga and novel are available in English from Tokyopop, and the movie has been released on DVD with English subtitles by Jolly Roger/Well Go USA.