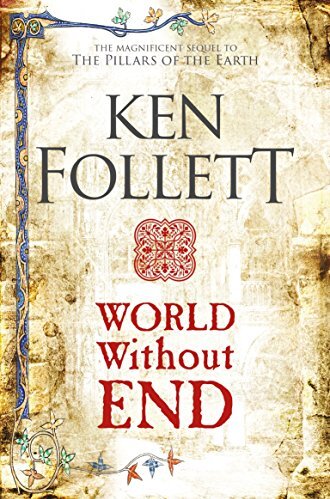 This page is for the book by Ken Follett. Not to be confused with the classic 1950s sci-fi film of the same name.

The sequel novel to Ken Follett's The Pillars of the Earth, set 200 years later in Kingsbridge priory and featuring the descendants of the main characters in the previous novel.

The catalyst for the tale begins when a group of children sneak away from festivities at Kingsbridge cathedral on Halloween 1327. The children witness a shocking bit of court intrigue. The main character this time is Merthin, the eldest son of a knight and descendant of Jack Builder from the original book. He's passed over by his father for knighthood and forced to become a builder. He quickly proves to be a prodigy at the trade and, like his ancestor, becomes a leading citizen in his efforts to build the small community into something greater. He must overcome many obstacles to realize his ambitions and earn the hand of his true love, Caris, who happens to be a descendant of Tom Builder from the original book. Merthin must deal with his vaguely familiar Jerkass brother, Ralph. Also featured is a peasant girl who is a good friend of Caris, Gwenda.

This novel shares many tropes with its predecessor, due to similarity in setting, plots, and themes.

A Mini Series adaptation aired in the US in November 2012 and the UK in January 2013.

Tropes associated with World Without End: