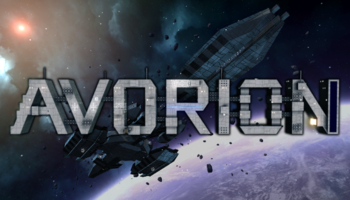 The universe is waiting since 0.15.

is a 4X Space Game based on ships made from blocks and procedurally generated factions and universe. You can mine asteroids, making ships out of them, and explore a thriving universe in search of the Galactic Core. Standing in your way however are hostile Starfish Aliens named the Xsotan. And progress-impeding subspace rifts.

This game is developed by a team of three led by a Konstantin 'koonschi' Kronfeldner, and has been available on PC through Steam Early Access since January 23rd, 2017.

Avorion contains examples of these tropes: