Literature / Worlds of the Crystal Moon 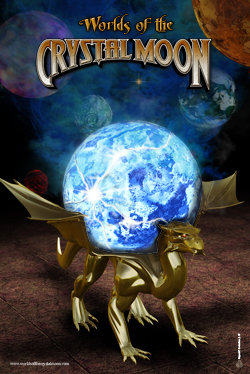 The next big thing in fantasy!
God, I’m funny.
— The infamous, um, incredible Big Dog talking about himself.

...or should I say, "lost soul". Welcome to the TV Tropes page for Worlds of the Crystal Moon. I know you're confused and have many questions...the Book of Immortality has asked me to explain...

The Crystal Moon books are a series written and published by Phillip "Big Dog" Jones.

In the series, the universe has been destroyed by some kind of god war and all the souls of everyone have been place in a big book: the Book of Immortality. Only three humans have been saved — Sam, Shalee and George.

Tropes in this series (of which there are many) include: