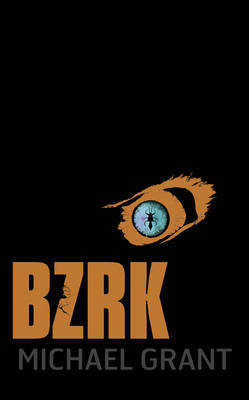 "In this war, there are only two outcomes: victory or madness."
Advertisement:

All around us, there's a hidden war being fought. One side wants to control our minds to create utopia, and the other is fighting for us to be miserable if we chose. It's being fought with state-of-the-art technology in the nano, in us. Our bodies. Our brains. And if any of them lose, it could mean madness for them.

BZRK, written by Michael Grant is a (ostensibly) Young Adult series about a group of freedom fighters fighting against the Armstrong Twins in a micro-war to save human free will. Teenagers Noah and Sadie are recruited after both are dragged into the war after family tragedies and they find themselves in a high-tech conspiracy where there's even doubt on whether or not the good guys are all that good.

BZRK Reloaded is the second novel in the trilogy released Fall 2013, which deals with the devastating aftermath of the first novel. The third and final novel, BZRK Apocalypse, was released in 2014.

The series is also notable for expanding the world of the novel with extensive transmedia projects. The ARG, Nexus Humanus is here