Literature / A Discovery of Witches 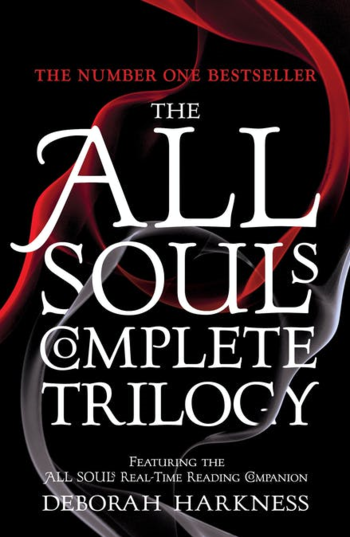 A Discovery of Witches is the first novel in the All Souls Trilogy by Deborah Harkness, which weaves together elements of science, history, romance, and fantasy.

Yale historian Diana Bishop may be descended from a long line of witches (Bishops and Proctors, yes, from the Salem Witch Trials), but she wants no part of her magical inheritance. However, when she opens a bewitched alchemical manuscript in Oxford's Bodleian Library, Diana discovers that she can no longer keep magic out of her carefully ordinary life.

After Diana returns the book, it becomes clear that creatures (classified as witches, daemons, and vampires) are after its secrets. They believe that it contains important clues about the creation and future of creatures and desperately want to know how Diana, an unskilled witch, was able to get her hands on the elusive volume.

Chief among the creatures who gather around Diana is vampire Matthew Clairmont, a geneticist with a passion for Darwin. Together, Diana and Matthew embark on a journey to understand the manuscript’s secrets. But the relationship that develops between the ages-old vampire and the spellbound witch threatens to unravel the fragile peace that has long existed between creatures and humans—and will certainly transform Diana’s world as well.

The book series has been made into a TV series.