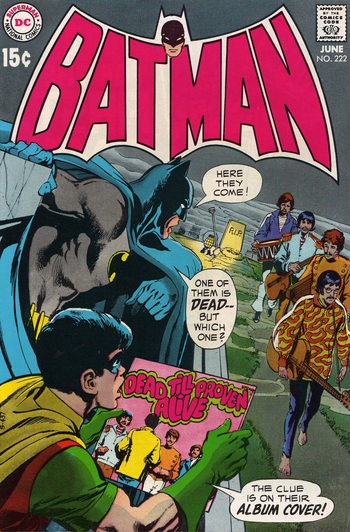 Never mind the fact that John Lennon would be the first to go — the group itself will be dead soon.
Advertisement:

Comics are usually referred to as "the funny pages." This is when the funniness sadly disappears.