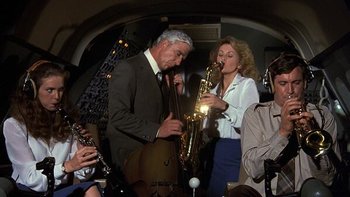 They can't be off-course, they're still on instruments.
As Airplane! is a shoe-in on any list of the funniest films of all time, this is gonna be a looooooong list...
Advertisement: