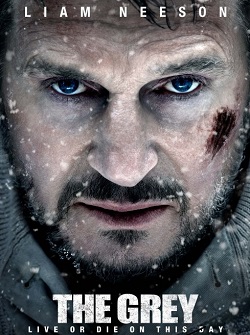 The Grey is a survival Thriller film starring Liam Neeson and directed by Joe Carnahan. The film centers around a group of Alaskan oil workers who get caught in a plane crash on the way to Anchorage, and have to both survive the wilderness and fend off attacks by dangerous man-eating wolves.