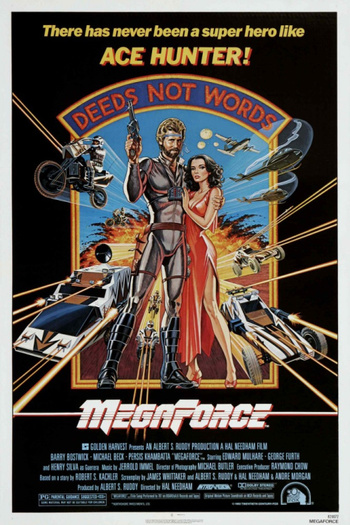 The film follows the titular "Megaforce", an elite multi-national "phantom army", equipped with "the most powerful weapons science can devise" and which mission is "to preserve freedom and justice, battling the forces of tyranny and evil on every corner of the globe".

Led by Commander Ace Hunter (Bostwick) and his friend Dallas (Beck), the Megaforce is sent to help a small (fictional) country in Africa address border incursions from its (equally fictional) neighbor, who has hired an old acquaintance of Hunter's, Duke Guerera (Silva).

No connection to Power Rangers Megaforce.