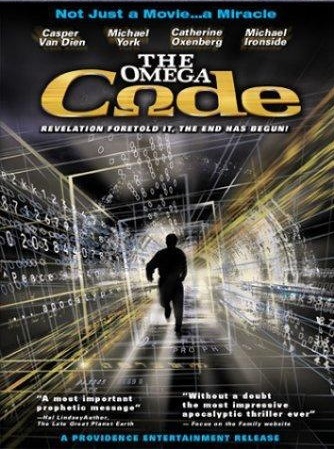 The Omega Code is a 1999 thriller film directed by Robert Marcarelli, and produced by Matthew Crouch for Code Productions and Gener8xion Entertainment. In the movie's story, Dr. Gillen Lane, a self-help guru and Bible Code expert, is hired by political upstart Stone Alexander (Michael York) to help with his campaign. It is then ever-so-subtly revealed to us that Stone is The Antichrist, looking to bring about the Tribulation and Armageddon.

It was followed by a Continuity Reboot marketed as a sequel, Megiddo: The Omega Code 2, which follows Stone from his childhood to his eventual end.