Film / Once I Was a Beehive 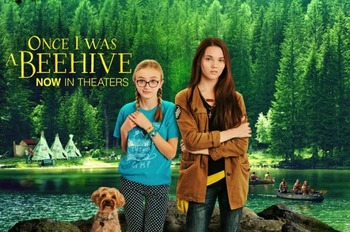 Not exactly a dream summer.
Advertisement:

When 16 year old Lane Speer's father dies from cancer, her mother is remarried to a Mormon guy. Lane, still wracked with grief from her father's death, is extremely displeased with the situation.

But quickly things get even worse, when her mother and new step-father go on a honeymoon, Lane must stay with her step-father's family, who are also part of the LDS Church, for three weeks. She tries to settle in, but when her 12-year-old step-cousin, Phoebe, who has anxiety, is pressured into going to a Mormon girls' camp, she steps in and decides to go with her.

Once I Was a Beehive

Once I Was a Beehive