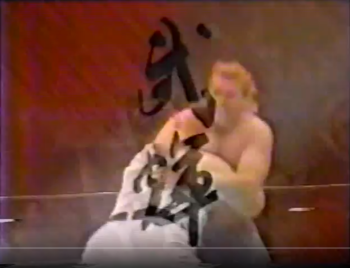 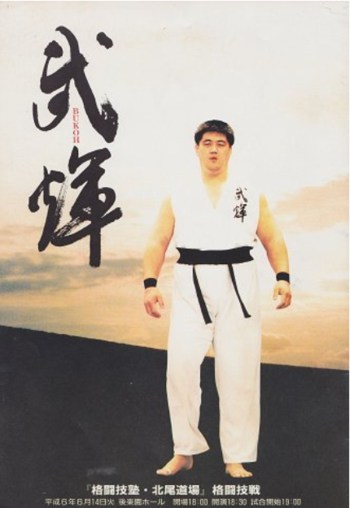 I Know Karate
"It looks like there will be cooperation between the new Kitao promotion which opens 1/21 and WAR. Koji Kitao, who heads the group, used to wrestle for SWS, which preceded WAR, before being fired after a non-match with Earthquake John Tenta which nearly got totally out of hand and resulted in Kitao grabbing the house mic and telling everyone that pro wrestling was fake. Koki Kitahara of WAR will oppose Kitao in the first main event. Supposedly Kitao's group will work a shoot-style. The plan seems to be to build up for a Tenryu vs. Kitao match in June at Budokan Hall. Kitao's last pro wrestling match, in 1992, was against Nobuhiko Takada at Budokan Hall and sold out weeks in advance doing a monster gate. WAR wrestler Ishinriki will wrestle Michigan indie Al Snow in the semifinal on the first Kitao show. Pete Tazello (Tazmaniac), James Magnum (Minneapolis) and J.R. Carson (Minneapolis) will work against rookies from the Kitao dojo and Rico Fredrico vs. Wellington Wilkens Jr. opens the show."
— Dave Meltzer
Advertisement:

"Okay, this was a tough one. Osamu Kawahara, the former sumo Tachihikari: Pride GP contestant, shoot-style wrestler and 0-4 mixed martial artist whose career lasted a grand total of 433 seconds. The man fought El Canek in a real fight. And lost. Badly. This was a little tough because, well, he rarely ever successfully did anything offensively. Thus he's kind of a sumo-MMA pastiche based on his previous career."
— A profile of Tachikari from a Fire Pro Wrestling user Carl CX from https://steamcommunity.com