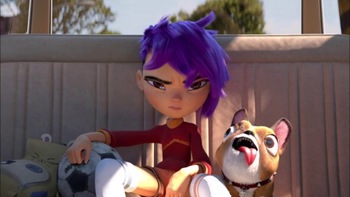 "What a team we make. A broken robot and a broken little girl."
The main protagonist of this film, a troubled teenage girl who doesn't like robots, at least until she encounters 7723. 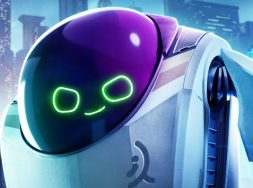 "The most important parts of me are the memories of you. It hurts when I lose them."
A robot built by Dr. Tanner for an unknown purpose
Molly 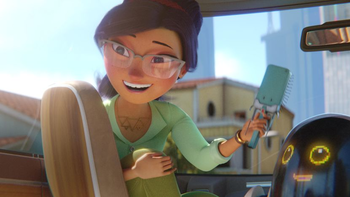 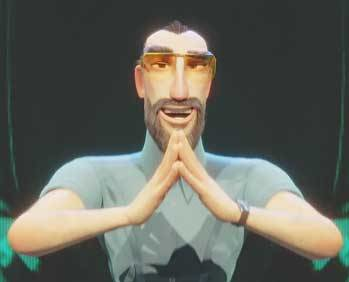 "The only robots I want on the news, doctor, are the Q-bots!"
The CEO of IQ Robotics. A charismatic inventor who enjoys cracking jokes.
Dr. Tanner Rice
A scientist working for Pin. He created 7723 in secret in an attempt to counteract Justin's plans.
Alfredo
Dr. Rice's assistant bot.
Ares 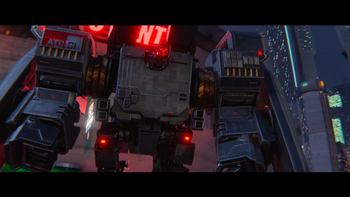 "You were ruined by that human child"
Pin's bodyguard, a large black hulking robot that never leaves Justin's side.
Gen 6 Q-Bots