The family that started it all. The Fears were wealthy benefactors of Shadyside when it was first founded and as such had great influence over the town during the 19th Century. But that was also because the Fears were practitioners of witchcraft and black magic, responsible for tormenting anyone who caught their annoyance and ultimately cursing the town forever. 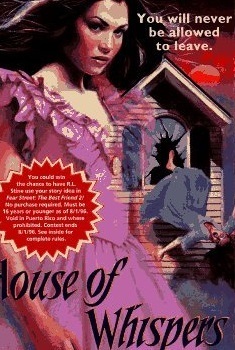 Angelica Fear, nee Pierce, was a Southern Belle who came from a family of witches, and captured the heart of Simon Fear when she revealed just how ruthless she truly was after murdering her other suitors. Angelica was the family's matriarch up until the early 20th Century, when she died in the inferno that destroyed the Fear Street Mansion.

Advertisement:
Edward Fier
A member of the original Fier family who lived in Wickham Village in the late 1600s, featured in The Betrayal. He fell in love with Susannah Goode, much to his father's disapproval, which kickstarted the plot.
Emma Fier Reade 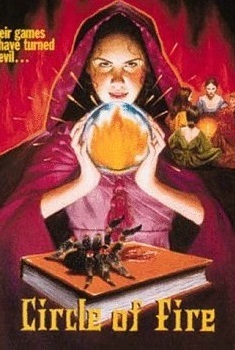 An elderly Fier featured in the prologue of Circle of Fire. Emma kept a powerful book of spells which she was unable to pass on as she did not have any children, but she hid it in her house before she died so that others might find it.

Ezra Fier
Edward's son, and the father of Jonathan, featured in The Betrayal as a child, and later in The Secret. A great deal of his close family fell victim to the Goode's curse, and he grew up bitter and revenge-seeking as a result.
Jake Fear
From Door of Death. Jake was an older man who fell in love with the beautiful Cassandra Ryan, a girl young enough to be his granddaughter. Cassandra stole everything that Jake owned and murdered him via poison. After death, he became a vengeful spirit that rises from the grave every Halloween to merit vengeance on those considered to be "Cheaters."
Jamie Fier
From Heart of the Hunter. Jamie was traveling with his family through the Cumberland Gap when they were abandoned by the superstitious pioneers and left to die. Jamie was found by the Shawnee Nation and given the power to transform into a wolf, which he has decided to use to avenge the deaths of his parents against Lucien Goode and his daughters.
Advertisement:
Justin Fear 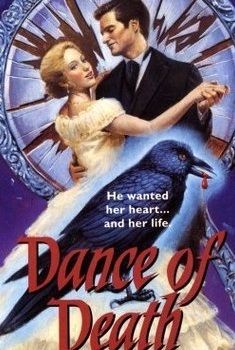 A wealthy and handsome doctor living in the town of Shadowbrook, Justin courts the recently orphaned Madeline Simms in Dance of Death.

Lucy Fier
A cousin of Tyler Fier who has lived with him and his family ever since her parents died in a fire. Lucy looks like a child, but she's really 17 years old. An emotionally stunted, unstable 17 year old with a collection of creepy dolls and a love of fire.
Margaret Fier 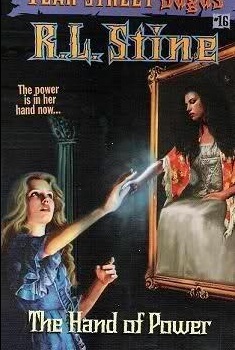 A citizen of the village of Tilburg from The Hand of Power. Margaret was ostracized by the other villagers because of her psychic abilities, and they hunted her down believing she murdered her best friend. Margaret was saved by Peter Sturdevant, the handsome and reclusive village patroon, but Margaret soon fond herself immersed in the search for Peter's family legacy, a severed human hand capable of great power.

Priscilla Fier
A wealthy cousin of Trevor Fier and the richest woman in the village of Shadow Glen. Priscilla appears in One Last Kiss, where she offers her home to Eleanor Rawlins after the death of her father. But Priscilla has two secrets: she's not only the queen of the vampire colony that resides in Shadow Glen, she's also Eleanor's long believed to be dead birth mother.
Sarah Fear 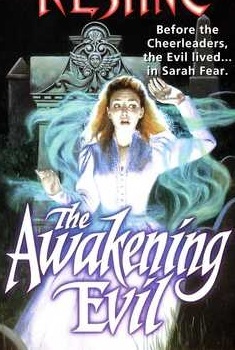 The Fear who was deeply connected to the plight of the cheer squad in Fear Street Cheerleaders, as the Evil Spirit festered in Sarah's grave before the bus crash awoke it. She's the focus of The Awakening Evil, which not only explains her origins but the Evil Spirit's as well.

Advertisement:
Simon Fear
The most well-known member of the Fear Family besides his wife, Angelica, Simon was the family's patriarch up until the start of the 20th Century. After losing most of his loved ones at the hands of the Goode Family, Simon believed that the only way to survive was through obtaining power, and tried to alter his family's destiny by changing the spelling of their last name to "F-E-A-R" from "F-I-E-R."
Tyler Fier
From Forbidden Secrets. Tyler is a wealthy Northerner who courts Southern Belle Savannah Gentry, but when the Civil War begins Savannah chooses her home over Tyler, and he swears she'll regret that decision.