Anime Abandon, while it focuses on Sage reviewing anime, has a core cast of characters who factor into the insanity.

open/close all folders
Bennett the Sage 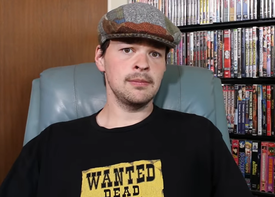 The on-screen persona of Bennett White, Sage is the focal character and the spotlight is on him when the other characters aren't around. 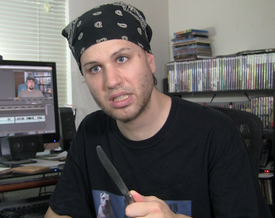 Gabe is Sage's friend and hapless co-worker who works on the technical details of the show as it's being recorded. 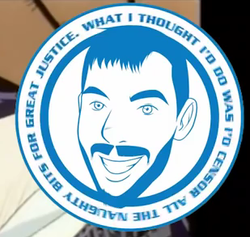 Censor Kaiser is Anime Abandon's means of keeping the show from being age-restricted due to the nudity that occasionally shows up. He is very dedicated to his job, and really doesn't like Suave. 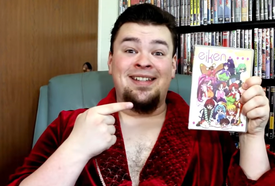 Suave is one of Bennett's other characters, a perverted lech who brings a naughty edge to the show and has occasionally guest-hosted for more fanservice-heavy titles like Golden Boy and Eiken. 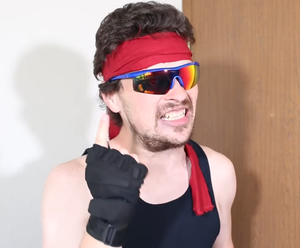 Savage is the newest of Sage's characters. Introduced in the Riding Bean review, he's a super-exaggerated parody of 80s-era machismo. 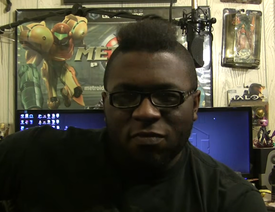 Just as Sage is a persona of Bennett, Marc the Engineer is a persona of voice actor Marc Swint. Marc in RL takes care of a lot of Anime Abandon's behind-the-scenes production, and also helps Bennett with the scripts. In the AA-verse, Marc the Engineer seems to have a similar role although it's not as well defined. He doesn't like Sage and makes little effort to conceal it, although outside the show Marc and Bennett are good friends, and they co-host the Nuts and Bolts commentaries. 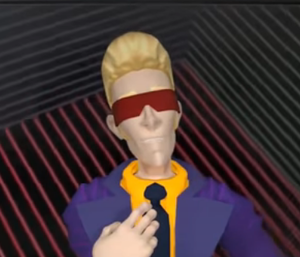 Some kind of malevolent inter-dimensional sentient virus with a knowledge of the 80s. Animated by Marc and voiced by Bill Rogers, he showed up in the review for Bubblegum Crisis. 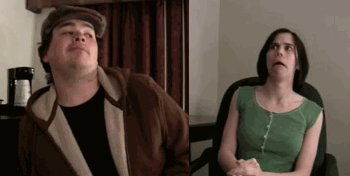 The devil incarnate, or at least some malevolent asshole who thinks he is. Devil Sage often initiated crossovers or cameos in other people's videos, all to torment them.