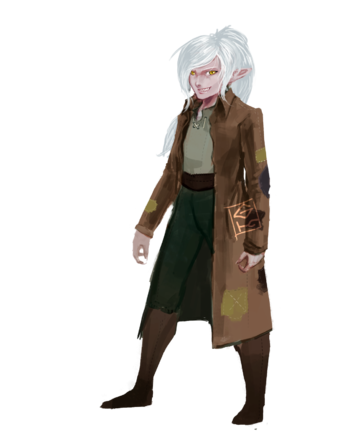 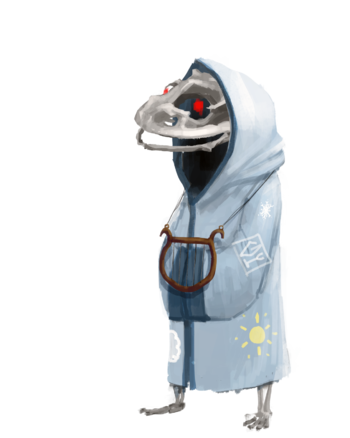 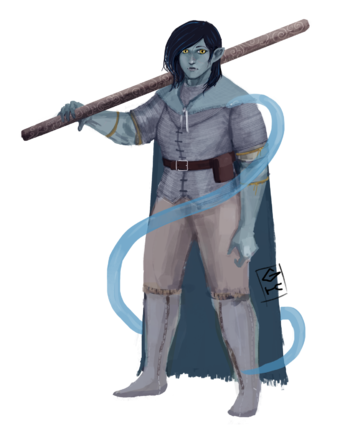 A half-orc/half-human Rainmaker played by Kat 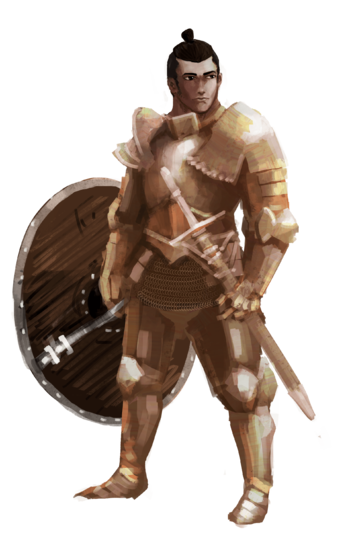 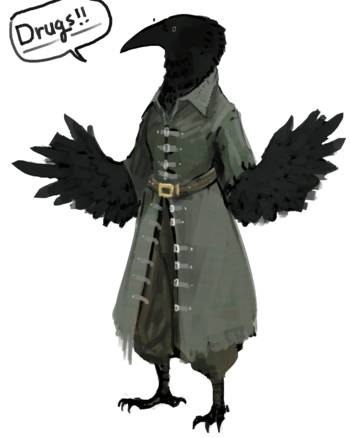 An avius who uses verse-magic, after defeating her and her bandit gang she opts to join the band rather than be thrown in jail. 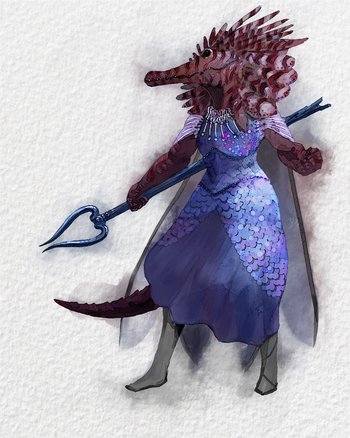 A half-Poroal/half-Pteros(Gator/Lionfish) Remnant played by Lauren. She is a Fear soul Remnant who fights using a bident. Thanks to being a fear soul Remnant she feels intense fear when faced with creatures of the Abyss. She wants people to think highly of her and is concerned with her appearance above all else. 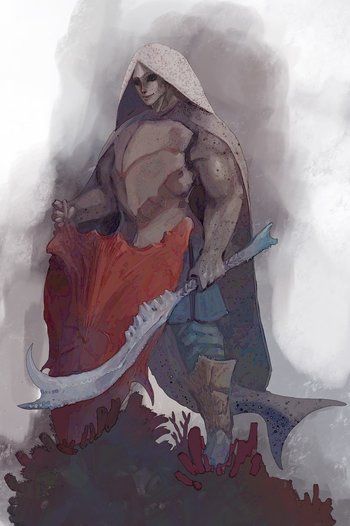 "I just want to protect people"
A half-Selacorm/half-Leodai(Shark/Stingray) Oathtaker played by Kat. She has fights with a khopesh and sheiks. She has a strong desire to help people but often ignores her own problems.
GMPCs 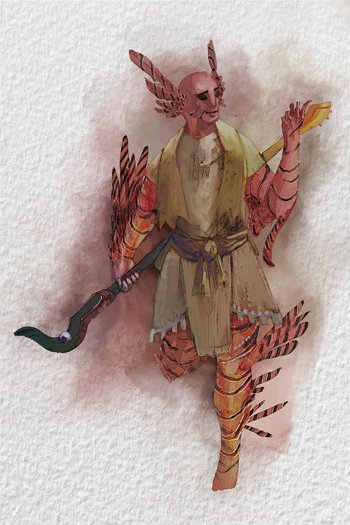 A Pteros(Lionfish) Weir who lost his leg defending a village. He is the Pod’s primary healer and overall the most laid-back member of the party.

A Cnindaran(Jellyfish) Formulist who provides the Pods spellcasting. She is most likely the smartest member of the pod.

Anastia’s master he shares Anastia’s “appreciation” for fashion and dress. He is rather...infamous among the Remnants.

An Anago(Eel) Remnant of the Zeal soul that the Pod met in the Abyss. They end up teaching the Pod the basics of Pressure and becomes a second mentor to Anastia.

A Tonarian who was put into cryostasis approximately 3000 years ago for reasons unknown. She was awoken to participate in the Cryo-waken game show. Afterwards, she becomes a StarStreamers to pay off her debts.

A Blend who was put into crostasis approximately 3000 years ago. She was awoken to participate in the Cryo-waken game show. Afterwards, she becomes a StarStreamer to pay off her debts.
Chat Characters 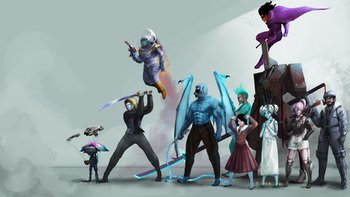 In StarStreamers The twitch chat is canon to the universe and people can submit summonable characters to assist the PCs in combat.

A Rafflesian living on an, as of yet, undiscovered planet. He is described as a plant-like child. In combat he uses two drones to trap and entangle enemies.

A Caeruleum Human JD=} is a fashion streamer who dresses in light blues with flaming hair.* DeadpanSnarker: He's stated to have a "Tikaku like" personality.* FashionDesigner: If he's ever mentioned prepare to get some clothing advice.!!Kamen the GrumanKamen is a mysterious Gruman he appears to wear an older model of space suit and wields a ray gun. * MasterOfNone: He's explicitly average in all stats having a d6 in all of them. * RaygunGothic: His space suit and raygun appear to be inspired by this aesthetic. * RubberForeheadAliens: His species, the Grumen, are described as “humans but green”. !![=KnightShadeA self-proclaimed hero KnightShade is the first chat member to assist the StarStreamers. He appears to be a human of "African" descent with long dreadlocks, he wears a purple and black superhero outfit with a hood and cape. In battle he wields a stun baton and often fights recklessly.

Smeagol appears to be a female human who uses "Digital Magic". Most of her abilities appear to be based on Anime and Manga tropes.

A member of the Dullahan, Steel Ronin uploaded his brain to a robotic body. He is one of the strongest fighters in chat and wields a pole arm in battle.

A human communist freedom fighter/pop artist who shows up in the last few session to help fight off a mega-corporation.

xXxBl00dM00nRisesxXx is a Trasmo,s transparent humanoid with swirling purple gas inside her. She dresses in a black trench coat and wields a katana. She's apparently a member of the Net Warriors. 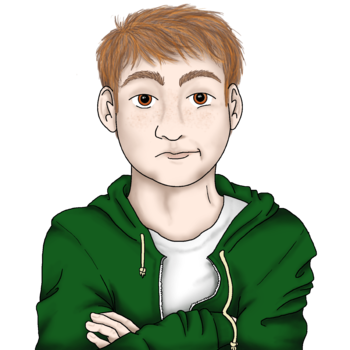 Bobby is a native of Bright Lake and the main drummer for the highschool band. He gains the Green Gargoyle shifter and fights with a halberd. 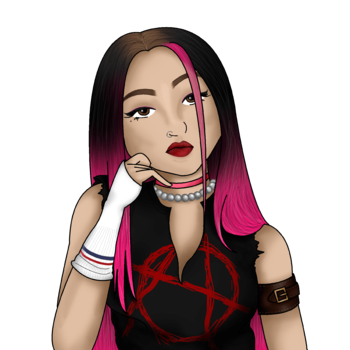 Lita is recently moved to town and has taken up calling herself Onyxia and dressing in goth attire after her parents divorce. She gained the Pink Banshee shifter and fights with a screaming ring.

Tikaku is a native of Bright Lake who is obsessed with self care and umbrellas. He gained the Purple Wisp shifter and fights with a glowing orb.
NPCs

Jerry is the father of Lita, who recently moved to Bright Lake. He is an absurdly nice person and a good father but certain events have implied he has a sorted past.

The Son of Dr.Brandt, Ken inherited her research. He works with the PCs to defend Bright Lake against Fire Team Omega.

The daughter of Dr. Ishimori, Sumika inherited her research. She works with the PCs to defend Bright Lake against Fire Team Omega.