Anime / I Dream of Mimi 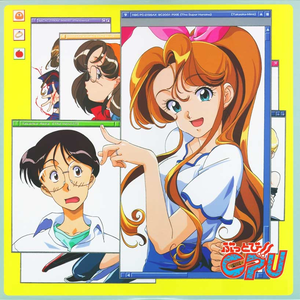 I Dream of Mimi (or Buttobi CPU) is a Japanese OVA series created by Kaoru Shintani. It's about a nerdy student named Akira Takaoka who saved money to buy a new personal computer, only to find out that they're sold out. Then he buys what he believes to be the same model in a box from a shady man in an alley, only to find out that it's actually a bio-android who looks like a young lady. Even worse, she'll require his active molecules to refresh her memory.

The OVAs were produced by studio Pink Pineapple under director Masamitsu Hidaka and published in 1997. Only three OVAs were created, with a total runtime of 83 minutes. For tropes related to the manga series see this page.