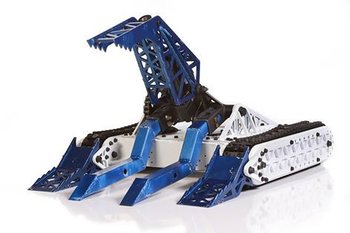 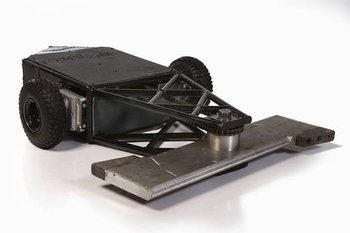 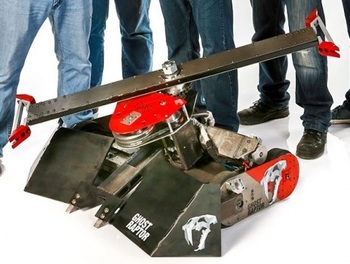 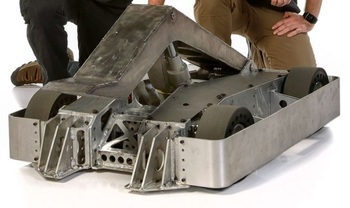 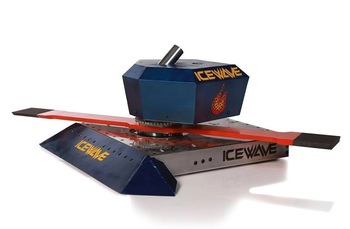 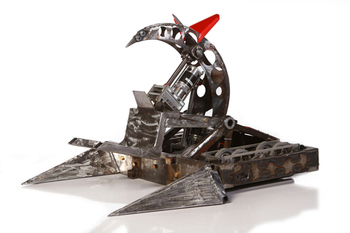 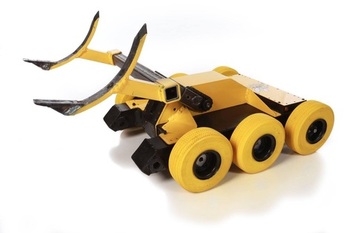 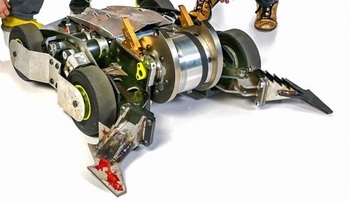 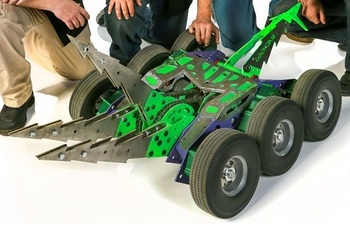 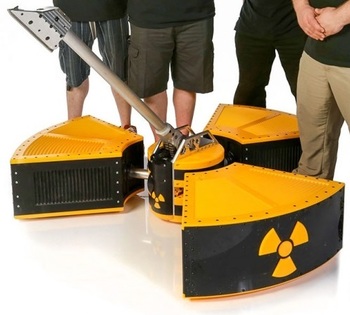 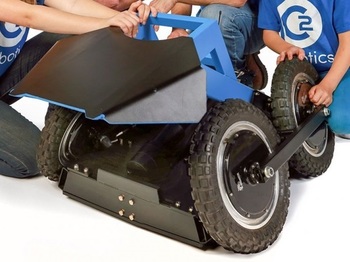 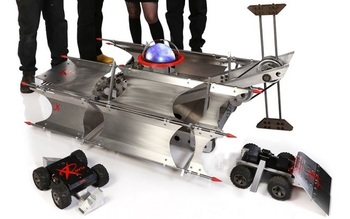 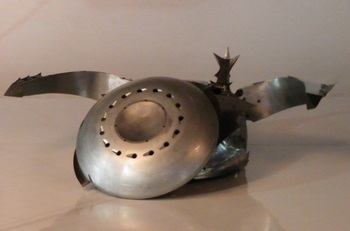 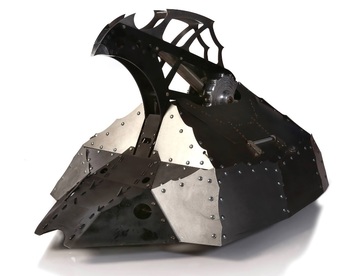 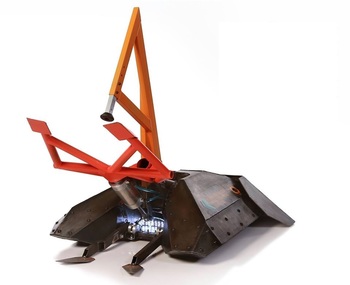 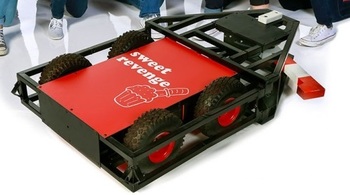 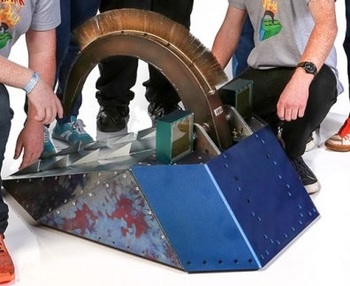 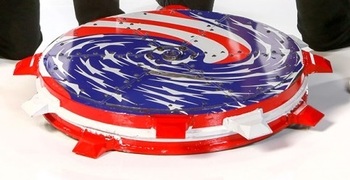 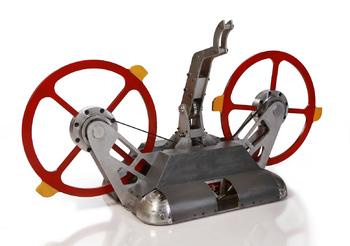 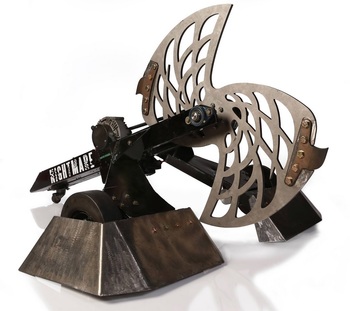 A legend of robot fighting in America, Nightmare dates all the way back to 1999, debuting in the Long Beach 1999 event and taking part in every Battlebots competition to date. A massive vertical spinning blade carried on a (usually) three-wheeled frame, Nightmare was the ultimate Glass Cannon- it would usually either annihilate its opponent, or leave the Battlebox in pieces.
Team: Team Nightmare
Driver: Jim Smentowski
Hometown: Bradenton, Florida
For tropes applying to Nightmare's appearance in Season 2, see here.
Wrecks 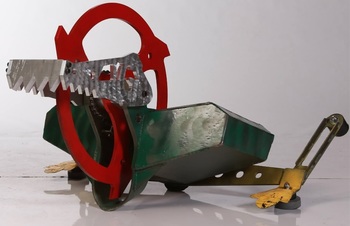 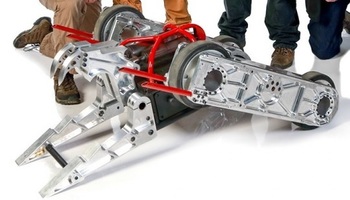 For tropes applying to Razorback's appearance in Season 2, see here.