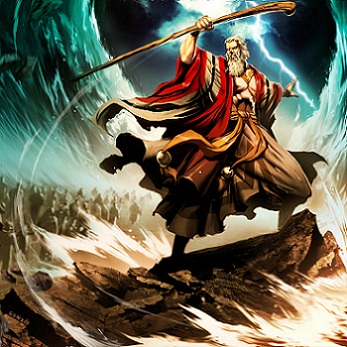 Moses parting the Red Sea as envisioned by Genzoman.

Tip: Read chapter 11 of the letter to the Hebrews for an In-Universe list of historical CMOAs.