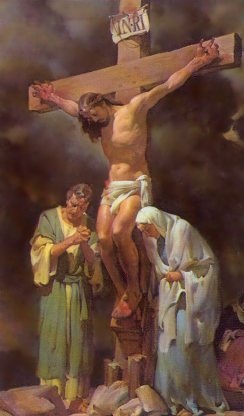 Surely he has borne our griefs
and carried our sorrows;
yet we esteemed him stricken,
smitten by God, and afflicted.note Isaiah 53:4
Jesus wept.
— John 11:35 (ESV). Also, the shortest verse in the whole Bible.
Advertisement: