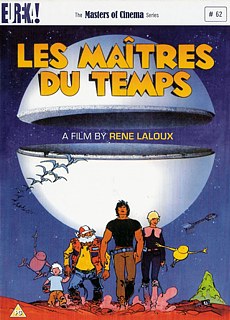 Piel and his father are on a distant planet, Perdide, frantically fleeing giant hornets before crashing. Piel's father gives him a small communicator before dying, telling the small boy that its name is Mike and that he needs to listen to everything it says. On the other end is Jaffar, a space captain. On his ship is Bella and her fiance, an exiled prince named Matton and a technical wizard named Silbad. They take on each other and the perils of space's bizarre alien worlds while searching for Piel, and when they find him, the story goes from wacky nightmare fueleriffic space escapades to a Tear Jerker. Be warned.