Western Animation / Tintin and the Lake of Sharks 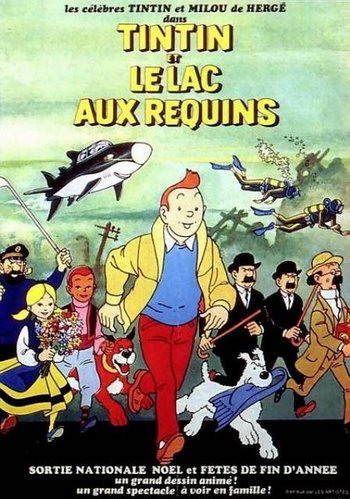 Tintin and the Lake of Sharks (Tintin et le Lac aux requins) is a 1972 Belgian-French animated film based on Hergé's comic book hero, Tintin. The story is not based on any of the comic book storylines, it's an original story created by Hergé's fellow Belgian cartoonist Greg.

Whereas valuable artworks are stolen in museums and replaced by copies, Tintin and Captain Haddock are invited by Professor Calculus to Syldavia. Professor Calculus develops his latest invention: a machine that can replicate any object.

The film was adapted itself as a Film Comic. It's the only official, non-Hergé Tintin story available as an album.

Tintin and the Lake of Sharks provides examples of: